Reality can be defined as:

SOMETHING THAT EXISTS OR HAPPENS
(WHETHER IN THE PAST, THE PRESENT, OR POTENTIALLY IN THE FUTURE) 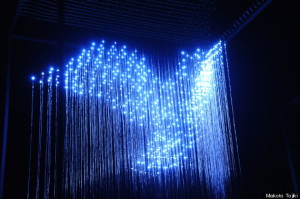 While the term “mind” or “consciousness” relates to that which perceives, the term “reality” relates to that which is being perceived and as it is being perceived. In this way reality could also be referred to as PERCEIVED EXISTENCE OF SOMETHING. It just does not embrace or account very well for potentially relevant factors in existence that are not being perceived. Something can have a place in existence and may be effecting someone without them perceiving it despite being able to perceive the symptoms of that influence and potentially attributing the cause(s) to something else. So the true causative factor would be something in existence that CAN be perceived (even if only with the use of technology) but may not necessarily be perceived at some given moment in time. Unidentified causative factors behind someone’s health issues, equipment / technology failures (such as car problems) or troubles in a relationship would all be good examples.

The term EXISTENCE is meant in a more encompassing sense to mean anything that we can perceive to exist including perception, concepts, and consciousness themselves. Consciousness itself is a form of reality because it is a form of existence with its own unique nature and qualities. That is, consciousness exists. It may not exist in the same way as say matter exists, but it does exist nevertheless and can be experienced and perceived in its own way.

Here the term Reality would encompass any manifestation that can be perceived including concepts, thoughts, and perception themselves as realities of the mind. Someone’s thoughts may not be a part of what we conceive to be the “physical reality,” but they are definitely a part of reality of the mind itself. One human being can communicate with another human being and form perception of what the other person’s thoughts are on various subjects. Thoughts, considerations, feelings and emotions as well as memory recordings and plans for the future can be perceived (such as emotion of cheer or grief where “cheer” or “grief” would be concepts of perceivable emotions for example).

something that actually exists or happens [Merriam-Webster: Learner’s Dictionary]

philosophy: something that exists independently of ideas concerning it. [dictionary.com]

philosophy: that which exists, independent of human awareness. [Collins Dictionary]

[Wikipedia] Reality is the state of things as they actually exist, as opposed to an idealistic or notional idea of them. Reality includes everything that is and has been, whether or not it is observable or comprehensible. A still broader definition includes that which has existed, exists, or will exist. . . .

Reality is often contrasted with what is imaginary, illusory, delusional, (only) in the mind, dreams, what is false, what is fictional, or what is abstract.

Actually existing as a thing or occurring in fact; not imagined or supposed. [Oxford Dictionary]

PERCEPTION can be understood as what someone thinks and experiences reality to be.
[The general concept of “experiencing” includes more specific perceptions such as visual experience, auditory experience, tactile, and so on.]

The word PERCEPTION usually applies to both – the resulting vision of reality constructed by the mind as well as the process itself to arrive at such a vision.

Perception, as it is commonly understood, is based on some form of CONTACT with the target of perception such as through sensation, but can ultimately be formed based on any form of information. In this way perception can be further classified and differentiated into perception based on DIRECT INFORMATION such as the one gathered from direct contact with some reality in question or based on INDIRECT INFORMATION such as by inspecting representations of the reality in question (someone else’s descriptions, photos, videos, documents, etc).

Perception is basically a result of INFORMATION PROCESSING by the mind and can analytically be broken down in this wise in terms of (the quality, nature, and form of) INFORMATION and the PROCESSING of that information. WHAT information is being contacted and HOW it is being processed are the two basic questions relating to perception.

The PROCESS of perception is described in more detail (in slides and education videos) on the BASIC FRAMEWORK page in terms of its specific stages of SENSATION, PICTURIZATION (imagining what one is sensing based on sensory information), CONCEPTUALIZATION, and LOGIC (or reasoning).

See Reality as a Form of Information for extended thought on the subject of information in relation to the nature of reality itself.

A Key Point of Differentiation Between Reality and Perception

While perception, as a vision and understanding of reality, can be considered to be a complete product of consciousness, or intelligence, that which is being perceived may not be – a differentiation must be made between a FORM OF EXISTENCE and a FORM OF PERCEPTION of that existence. This is to say, that the observed reality is NOT just some “projection” of the observer’s consciousness, but has existence of its own that is contacted through the process of perception, whether the target of perception is a physical object or a mental object (such as another person’s idea of something).

It is assumed here that any given reality has a factor of existence to it independent of perception, and that our constructed perception, or a view, of that reality may or may not reflect the actual reality to which perception is applied. Even with respect to our perception of someone else’s beliefs or motives, it may or may not align with the actual beliefs and motives of the person in question. CONTACT WITH and AWARENESS OF the underlying “existences” are necessary to establish and maintain a correct degree of “alignment” of our constructed and retained perceptions with the “existences” to which they are applied. This is almost the very reason why early Scientology methods produced good results by getting people to:

Unfortunately Hubbard’s underlying concept of reality was flawed from the very beginning (see REALITY and ARC) which lead to more problems as he continued to develop the practice.

Also, the assumption that Reality contains an independent factor of existence does not negate the fact that it can be influenced even with consciousness alone, but this is to say that Reality is not a complete product of consciousness. And in fact, recognizing the fact that observable phenomena are based on something in existence leads to the proper development of power over that existence – for how can someone work to influence that which they believe does not basically exist?

PERCEPTION: A VISION OF SOMETHING IN EXISTENCE.

IMAGINATION: A VISION OF SOMETHING THAT DOES NOT EXIST.
[Though a vision itself could be said to exist in the space of consciousness.]

In this sense, a VISION could refer to the way something is seen or perceived, as well as to imagining something like a desired reality of the future.

A MENTAL IMAGE is another term that could be a near synonym of VISION and is used in Oxford Dictionary within the definition of the word vision.

Individual’s POWER OF CONSCIOUSNESS can be enhanced quite rapidly and dramatically by simply motivating that individual to become aware of and be able to change:

What is your vision of … [target of perception]?

– yourself, mother, father, spouse, son, daughter, men, women, other people, your job, your life, society, the world, etc. – any target of address.

What is/was your [target individual’s] vision of you [or any other target of perception]?

– father’s, mother’s, your present employer, etc. – this could be used to help an individual identify potential sources of one’s vision (view or perception) of oneself or someone else or any other target of perception. On an extended level other forms and sources of consciousness can be addressed as opposed to just individuals. For example:

What is your dog’s vision of you?

What is God’s vision of you?

These questions can also be worded differently such as: Could you see your dog’s vision of you?

What is your desired vision of yourself?

What is your desired vision of the future for yourself [or your children, humanity, your organization … – any target of address]?

What do you think will be the reaction of your parents [or any other target] if you … [action]?

What do you think would happen if you … [action]?

Perception Break could be defined as:

Say, some group of people believe someone to be an honest business man and then find out that that person has been defrauding them for years. The moment they come into contact with new information (observations, experiences or some form of communicated information) of conflicting realities, they are likely to experience a “perception break” – the break in their existing perception construct (view of reality) about that person. Likewise, someone may have trust in the loyalty of their spouse only to find out that the person was cheating.

It should be noted that someone could be stuck in a perpetual “perception break” when they refuse to adjust their formed perception of something in line with new observations. A person could be stuck in “How could that be?” for as long as they do not adjust their view of reality but continue to somehow protest against conflicting information in light of the old perception construct. This is a common “defense reaction” to prevent a crush of an existing perception model that someone could have become “invested” in.

When you are confronted with observations or (recorded) experiences that you seem to be unable to “integrate” – you need to reflect upon and change your formed perception about the target reality in order to incorporate conflicting experiences or observations.

What is / was your perception about something, and what are / were the conflicting perceptions (observations, experiences, some form of information)?

For example, if you maintain good impression of somebody, it may come into conflict with observations of “bad realities” about that person – something that doesn’t fit into your perception about that person. Likewise, if you fixate on a negative view of another, it may come into conflict with positive observations or experiences. Therefore, it is best to keep your awareness open to observe what is and not fixate in either good or bad perception constructs about something.

[Note, as opposed to a “perception break,” in Scientology there was a concept of “reality break,” but since “reality” is a term that should apply to the target of observation, and not just observation itself, the term “perception” is used instead.]

The section above on Perception Break as well as a separate page on PROBLEMS AND PERCEPTION were developed as direct replacements of similar concepts in Scientology which promised to be useful but ultimately suffered from incomplete or misleading definitions. In the same wise, HPC triangle replaces Scientology’s ARC triangle which was also found to be flawed (see page: REALITY and ARC).

– HAVINGNESS: Expanse of consciousness (over/through some form of reality)

– PERCEPTION: Vision, experience or understanding (of some reality)

– CONTACT: Some form of interaction (with a given reality)

So the more contact you have with something (communication is a form of contact), the better your perception will be of that something and the more of that reality you will be able to contain (have) within your consciousness.