The purpose of this page is to extract, from the volume of Dianetics and Scientology materials, key PRINCIPLES and METHODS that can be improved upon and utilized within the new framework presented in this project. The focus here is on the (summarized) material that relates to the workings of the MIND and CONSCIOUSNESS.

This page is not meant for a detailed exploration. There is a separate website that has been set-up to fulfill the purpose of detailed analysis and criticism: www.ScientologyAnalysis.com.

For the most part, Dianetics and Scientology is practiced with two people usually sitting down and facing each other where one is an AUDITOR and the other is a PC (pre-clear) or, when in training, one could be a COACH and the other – a STUDENT. 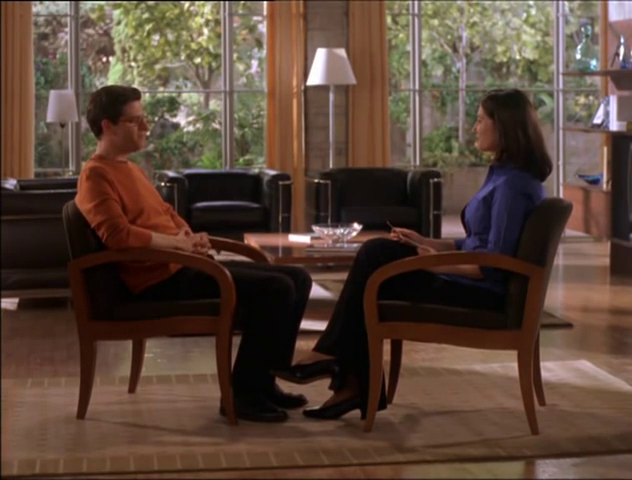 From this basic position, the two people then engage in various processes, drills or exercises.

The application of specific Dianetics and Scientology processes by an auditor to a pre-clear in a controlled session is called AUDITING or PROCESSING.

The processes and their sequence as well as the theories behind them continued to change over time, but the basic setup of two people working with each other remained basically the same.

The sheer volume of all the accumulated material from 1950 and into 1970’s can be quite overwhelming, but all the complexity can be relatively easily reduced by simply focusing on the reality of the practice itself – the actual ACTIONS that are taken and the REASONING (theoretical principles) behind them. This page aims to present a brief overview of the main principles and practices of Dianetics and Scientology as it was developed in 1950’s before it was substantially reorganized by the founder (L. Ron Hubbard) through 1960’s.

Dianetics as a subject developed within a few years of the first published manuscript titled “Abnormal Dianetics” in early 1948 followed by a number of books, essays and lectures starting with 1950 through 1951 and early 1952. The official organization for the movement at the time was Hubbard Dianetic Research Foundation established in April 1950 which by 1952 became surrounded by multiple problems and failed. By mid 1952 Dianetics morphed into the subject of Scientology along with the establishment of Hubbard Association of Scientologists (HAS), and in 1954 the first Church of Scientology was established with HAS getting re-incorporated as HASI (HAS International).

1950’s was a pioneer period with continuous releases and breakthroughs in new or updated theories and methodologies. The basic concepts were published in books for the public which were accompanied by various essays and publications (later included in The Technical Bulletins volumes first released in 1976) as well as different types of lectures: book lectures, Congresses, and ACC’s (Advanced Clinical Course lectures). For the most part, book lectures were extended elaborations of the basic principles and some very general examples of processes to apply. Congress lectures were delivered to a more general public highlighting basic new discoveries as well as Hubbard’s lengthy elaborations on the state of Scientology movement, personal stories and jokes, politics, psychiatry, and anything else he wished to talk about at the time. ACC’s were professional course lectures more specific to application of processes, the expected results, and more detailed explanations of theoretical principles.

By early 1961 Hubbard managed to deliver two thousand some lectures (about 1 hour each) – a great majority of them being ACC’s. Then from 1961 through 1966, he delivered yet another set of lectures for a professional course called Saint Hill Special Briefing Course (SHSBC) at his Saint Hill Manor near East Grinstead in Sussex, England. The SHSBC established a standard of professional Scientology practice and includes over 400 lectures.

All in all there are 3,000 some lectures covering the subject of Dianetics and Scientology – all delivered by L. Ron Hubbard.

The subject of Dianetics can be broken down into three “echelons” marked by three main books:

A summary of the basic concepts of Dianetics:

The book Science of Survival gave rise to the Theta-MEST theory as well as a detailed description of the Tone Scale used to evaluate the state of any given individual or group and predict their behavior patters. The Tone Scale also established a gradient scale of processing based on someone’s position on this scale.

Theta was a term used for the intelligent energy of life that interacts with components in the physical universe, symbolized as MEST (matter, energy, space, and time), to form living organisms, including man, and direct their behavior. Theta is simply another term for what many people understand as “consciousness.” There could be individual consciousness as well as collective consciousness that could be referred to as “group theta.”

Theta also stood for “thought” or “reason.” Enturbulated theta such as some form of “unreason” or insanity was termed entheta, and unorganized, chaotic or disorderly MEST was termed enMEST (enturbulated MEST). According to this model, an engram was said to be a recorded moment of ENTURBULATION where theta and MEST collided too harshly resulting in entheta (mental aberrations) and enMEST (psychosomatic conditions). Dianetic auditing or other forms of effective treatment were said to dis-enturbulate entheta and enMEST and so result in greater sanity (greater ability to reason) and health (greater physical order as opposed to dis-order).

The general volume of “theta endowment” as well as a ratio of theta to entheta in any given individual or society at large determined their position on the Tone Scale characterized by various behavior traits and manifestations that could be predicted using Hubbard’s specific descriptions of tone levels as a guide.  Within this construct, the purpose of Dianetic processing was to raise an individual up in tone.

One’s tone level also determined what they could be expected to run in an auditing session. Trying to push someone to address engrams when that individual was low on the tone scale and already overwhelmed could actually be counter-productive and even dangerous since bringing forth more enturbulation to confront and sort through to an already overwhelmed mind could send it over the edge.

In addition to providing a clearer logic as to what an auditor should focus on and expect to audit in terms of traumatic episodes (locks, engrams, secondaries or chains of these experiences), this echelon of Dianetic processing also introduced POSITIVE PROCESSING – the one focused on addressing experiences containing pleasure (pleasure moments) as opposed to the ones that contained some form of pain or suffering. Positive processing accomplished rise in tone and some degree of disenturbulation which then gave one enough “free theta” to tackle and disenturbulate “entheta.” The main book for Positive Processing is Self-Analysis.

The book Advanced Procedure and Axioms further simplified address to psychological phenomena by breaking it down into major components such as THOUGHT, EMOTION, and EFFORT as well as one’s PROBLEMS and GOALS and working out methods for addressing these areas separately or in combination.

The factor of SELF-DETERMINISM was also introduced in this book – basically, Hubbard’s elaborations on how individual’s own decisions and the reasons behind them are the actual deciding factors in the mechanics of the mind when it comes to engrams and restimulation.

A new term for a “mental image picture” was also introduced – a FACSIMILE, and an engram was now referred to as a HEAVY FACSIMILE.

A SERVICE FACSIMILE was a name given to some form of disability that a person induced or maintained in himself to explain his failures and gain sympathy and cooperation.

Advanced Procedure is a name for a series of FIFTEEN ACTS that specified fifteen steps to be covered in the general process of auditing. The specific processes comprising Fifteen Acts and their application on one’s own or with help of an auditor are covered in greater detail in the complementary text – Handbook for Preclears.

The transition from Dianetics to Scientology occurred with the introduction of an E-Meter into the practice of auditing which allowed for the detection and identification of incidents in the subconscious which were inaccessible before. Pre-clears were already “returning” into past lives and, particularly with Effort Processing, into past live forms on the evolutionary track as a “genetic entity” (such as “recalling” experiences of being a clam or some other life form in the course of evolution) but with an aid of the E-Meter, pre-clears were now “returning” into periods before Earth – recalling experiences of their lives as members of extraterrestrial civilizations – and even into periods before having a body during a time of existence as a being of pure consciousness – in Scientology terms, a Thetan.

With the discovery of this “Whole Track” and “Theta Line” along with “Theta Body” apart from GE (genetic entity and its experiences on the evolutionary line), Scientology was born as a newly emerging “science” of working not just with the minds of individuals but with individuals themselves as spiritual entities with virtually unlimited potential.

Scientology, as a subject, then extended itself beyond addressing incidents and experiences, including along the Theta Line, and moved into addressing the nature and abilities of an individual as a spiritual being and the nature of reality itself in relationship to the spiritual beings. Based on the new theories along this line, very different methods of auditing were introduced along with different exercises that were geared at increasing individual’s ability to communicate with and control the surrounding environment, including other people.

From simply being free from engramic content and being more able mentally, the goal of Scientology now extended toward achieving or recovering an all-powerful state of consciousness where an individual, as a consciousness, was able to operate independently from the body and be at cause over matter, energy, space, and time.