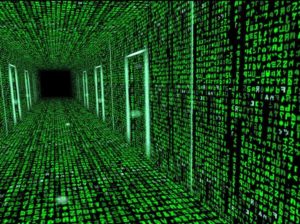 Reality itself could be viewed as existing in the form of information that may, for example, be retained in the ETHER OF SPACE – in some “substance” that can retain (complex) patterns of vibrations that when interpreted by consciousness then give rise to a perceived experience of various objects, energies, and other forms of MANIFESTATION of the underlying INFORMATION into a perceivable “existence” of something.

This may actually explain the link between CONSCIOUSNESS and REALITY and how advanced consciousness may be able to pervade and interact with the “fabric of existence” to change existing realities or manifest new realities into being – such as by being able to actively interact with the “information” that is the basis of manifested existence.

Human consciousness, for example, can effectively operate in the realm of sound which exists in the form of vibrations in some substance (such as air or liquid). Now imagine a consciousness that could in a similar way operate within the “quantum field” – to be able to sense and direct atomic and subatomic energy patterns.

It is said in quantum physics that a subatomic particle such as a photon is both a wave and a particle. Perhaps the “wave” could be viewed as INFORMATION which then MANIFESTS as a particle when such information is translated into the experience of some perceivable existence.